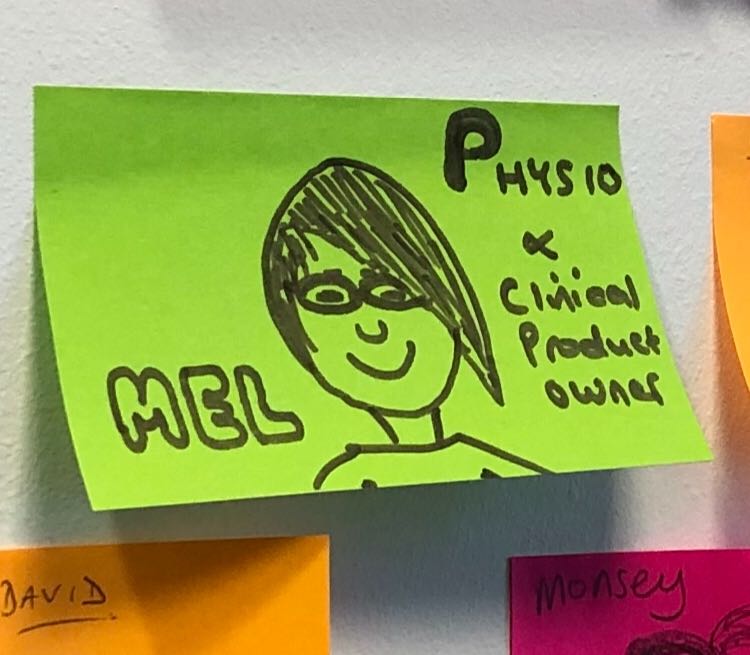 A problem of two halves

I must first acknowledge there is a problem in rheumatology: a problem of two halves.  Patients frequently experience uncertainty in accessing care when they need it most due to the unpredictable and fluctuating nature of disease. Waiting in the same queue are well patients with stable disease in remission.  Whilst there is evident potential for telemedicine to deliver tangible outpatients reform as set out in the NHS Long Term Plan and The Topol Review, rheumatology services are limited by an inability to identify which patients would benefit most from more flexible appointment scheduling. Secondly, the problem for clinicians is burdening administration, multiple log-ins and a lack of interoperability. This equates to less time to care.

The collection of patient-reported outcome measures (PROMs) in rheumatology care is seen as emerging practice. PROMs are generally paper-based, sporadically captured and serve only as a ‘snapshot’ when collected in clinic. As a result, the data lacks impact in planning  care. The proposition I am working on is the regular remote capture of PROMs between appointments to support better decision-making about who needs to be seen and when. The challenge is how best to utilise the incoming PROM data without layering on already burdening system issues for clinicians. As the CPO of a new rheumatology remote monitoring service the ‘problem of two halves’ has been to balance the delivery of value through good service design to two user groups: patients and clinicians.

Designing for value (No showboating required)

The solution has been to design, test and implement a two-way SMS remote monitoring service for patients which captures monthly PROMs whilst allowing for unsolicited SMS contact from patients between clinic visits.  In order to determine the most basic yet most important functions for this service, which meet the needs of users, I have taken the Jurgen Klopp approach to leadership: ‘I need experts around me, strong people with a better knowledge’. In this context, that means working with patients, clinicians and a multifunctional team of designers, developers and user researchers. As a CPO you must keep an unwavering focus on what problem is trying to be solved and for whom. No overhead kicks or rabonas required (showboating). Just empathetic design, teamwork and an ability to say ‘no’. Knowing what ‘not to build’ and for whom is as important as ‘what to build’ and when.  It is the CPO’s role to provide (just) enough information for the design team to estimate and deliver the work required. This is usually provided by the CPO in the form of brief, clear and well-formed ‘user stories’ which best describe the feature or function which delivers value to users. Here is an example of a user story:

‘As a clinician I need to see when a patient has sent in an SMS message that hasn’t been read so that I know to respond.’

Seeing the bigger picture (but no VAR)

There is more to just seeing the bigger picture. The CPO must own the vision and high-level ambitions for a service. Aiming for the ‘Win Win Win’ here for patients, clinicians and the NHS Long Term Plan can only come from thinking BIG and leading sustainable change. Think for a moment about the ambitious introduction of VAR (or Video Assistant Referee) by the English Football Association.  Despite extensive testing (and failure) before roll-out in European football, use of VAR in England has led to low levels of consumer satisfaction and a sub-optimal experience of ‘the beautiful game’. What VAR was intended to give has also taken away; that is, the experience of a good service.  Learning from failing and fast is essential.

Tough decisions have needed to be made along the way.  An ever-growing ‘wish-list’ of service features and functions has been limited by a reducing budget and the need to prioritise.  Developing and running a product backlog (the subs bench)  which is ranked by value ensures the highest value user stories are prioritised and delivered first. Regular Show & Tells which provide frequent, brief feedback, have helped keep clinicians engaged, especially when priorities have shifted between user groups. Also, retrospective workshops which reflect upon the ‘Glad, Bad, Sad’ of the work accomplished help you to stay connected to the design team and keep focus on the agile principles of individuals and interactions over processes and tools.

The reality of the problem for clinicians of how to access and utilise the PROM data remains limited by complex entrenched NHS systems issues. I will discuss these issues in my next blog post: The second half: designing a minimally viable NHS service.

So what makes a great Clinical Product Owner? (or football manager)

Product owners are generally regarded as the ‘beating heart’ of a team with the passion to drive the vision on. Here I refer to the ‘Jurgen Klopp effect’ again. The personal attributes which distinguish a great CPO from a good one are self-awareness, humility and an ability to ‘bring the team along with you’.

Post-it notes from a retrospective workshop

As I progress through the second half of my Topol Fellowship I regard my role as a CPO as formative in developing the core competencies required of a future digital leader in the NHS.  I look ahead to my next challenge of leading the scaling up and evaluation of the rheumatology remote monitoring service across the South East London Integrated Care System. I did say I like a challenge. Oh and by the way,  I won the ‘best caricature’ prize!  1-0 at half-time.

TRUST is an absolutely vital commodity in healthcare. It is also an acronym for Transforming Rheumatology Using Sustainable Technology, the title of my fourth blog post as a Topol Digital Fellow.

The second half: Designing a minimally viable NHS Service

To succeed in football and in digital services, both rely upon a team and committed supporters to be there for the wins and the losses.